In December 2020 I came across First Friday Walks on the WAN website, a really lovely way to connect with artists who have similar interests and share material from a walk undergone on the same day at the same time. I’m thinking of these as part of/to inform the material for the GATHER Winter-Winter project. For the first walk on the 12th December and in Tier 3, I was unable to access the trees I wanted to visit because of travel restrictions, so I decided to revisit material recorded on previous site visits in relation to the conversation held in our virtual (Zoom) meeting prior to the walking event.

Below are some notes for further development, from my first contribution, and a link to the group film edited by Richard Keating.

Notes About Place
Far Ings is situated on the south bank of the Humber Estuary, a major east-west flyway for migrating birds. The pits and reed beds at Far Ings and along the Humber bank are a legacy of the tile and cement industry which flourished between 1850 and 1959, and which is now managed by Lincolnshire Wildlife Trust.

Although it is now an estuary, the Humber had a much longer freshwater course during the Ice Age, extending across what was the dry bed of the North Sea.

On reviewing my material:

6 Dec 2020 (Draft): There are two trees which have been most contributory to my gatherings from Far Ings – the first a winter-bare aspen whose leaves I gathered December 2018, during my facilitation of a project where other artists were the participants and I the enabler and support (the second, the hawthorn).

Bringing the leaves home, I pressed them in my drawing book (I always see these as ‘places’ – somewhere to put things and a point on a journey), later drawing them and literally going on to envelope them.

In February 2019 I would return to the spot from where they had been gathered, and to their parent tree; having attached thin black cotton to the leaves, I strung them onto the bare branches. I had no idea in December nor in February that I would do this until I did it; it was a windy day, but weather conditions not part of the plan (I had none) – it was just when I could get there.
On observing the results I realised I had perhaps expected the leaves to hang and sway; instead they fluttered and flew, taking on a movement more butterfly than leaf.

Aspen, P.tremula, is known by, and named in Latin from the way its leaves tremble in the breeze. Other poplars have the same habit, but aspen’s quivering stands out because of the serrated edges of its leaves and the sound they make – a rustling whisper, as if they were being spattered by rain. From Richard Mabey, Flora Britannica, p138 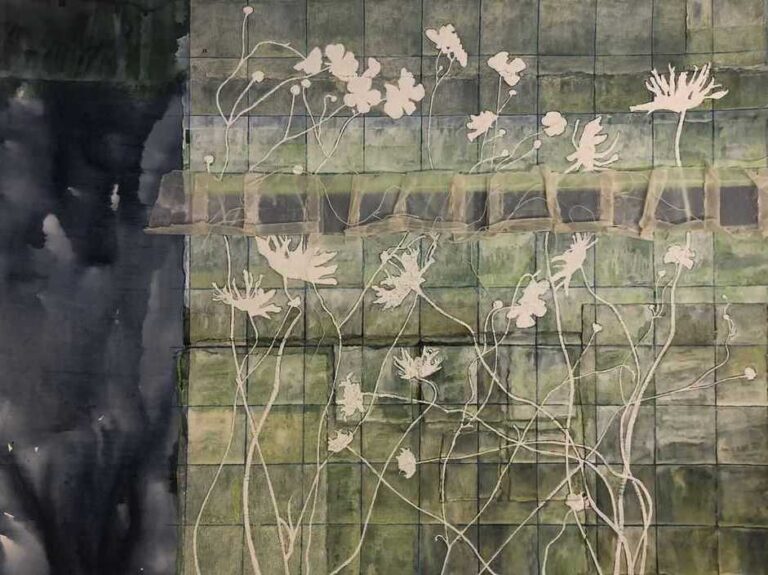 Originally Blacktoft was a saltmarsh (like Blacktoft Sands today). There is scant evidence of habitation in Roman times as drainage machines have bought up the odd bit of Roman tile, pot and quern. Whether anyone else followed in the dark ages is not known. For in 1016 King Sweyn of Denmark sailed up the Ouse… 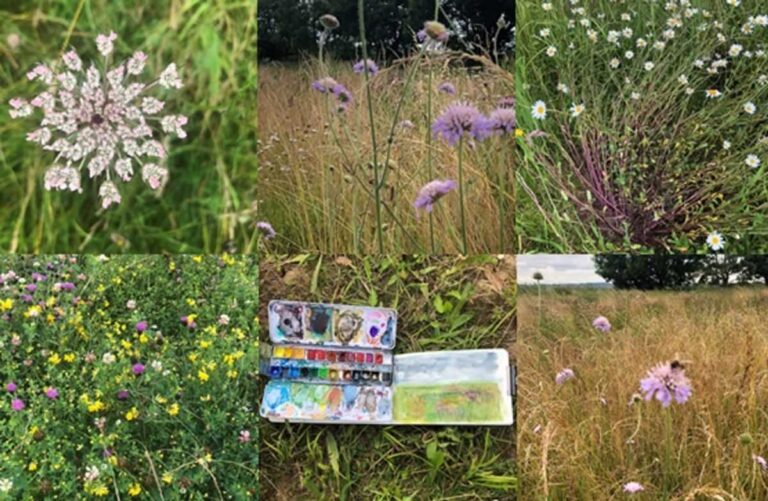 Full day creative workshop – Tuesday 22 June, 10.30 – 3.30 – £60 Join visual artist Linda Ingham for a creative day at the RSPB Blacktoft Sands nature reserve.  Experience the joy of a summer meadow in full bloom! You will see a riot of wildflowers and grasses native to our local ecology along with… 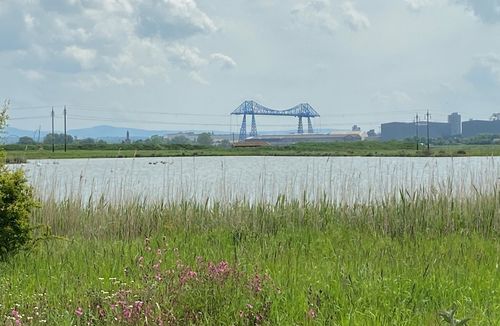 5th – 9th July 2021 Join Linda as she creates work on location at RSPB Saltholme as part of the GATHER winter-winter project, supported by The Arts Council England. Over three sessions she will lead a walk to a different location on the reserve revealing aspects of inspiration for her work. An informal opportunity to… 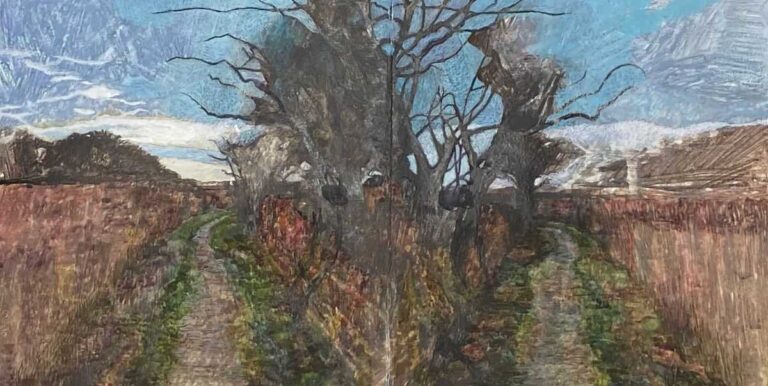 Linda’s one-person show at Studio Eleven Gallery, Hull will exhibit the first stages of the GATHER winter-winter project this May and June. Work that has been created through interacting with coastal locations on the south bank of the Humber Estuary, in particular the Far Ings National Nature Reserve at Barton on Humber and the RSPB…

As part of the GATHER project I am inviting artists to submit a piece of which will be included in an online slideshow/film this summer as a major part of a body of work which considers plants and place. To accompany the launch of the summer aspect of the GATHER, some of which will happen… 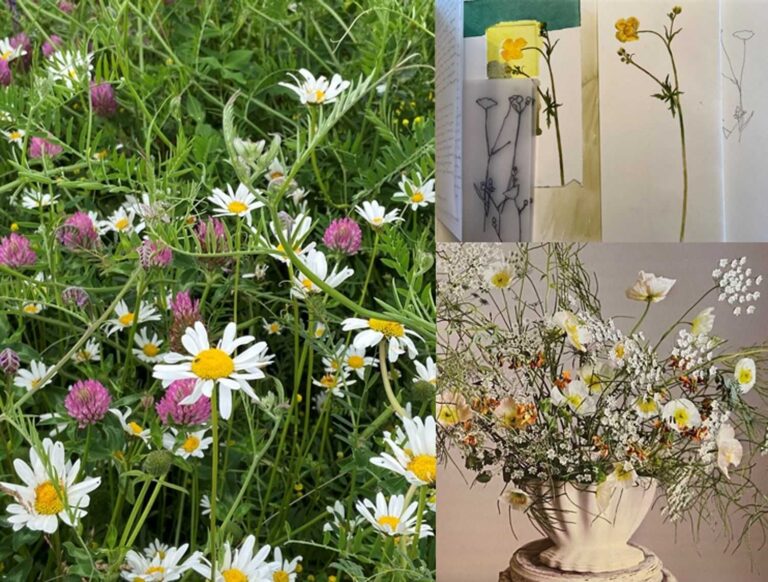 A new approach to working with plants in the landscape through learning about plants in the environment to create a series of creative studies through considered (and sometimes experimental!) techniques. The Plants in Place series of workshops will explore ways of getting to know and evoke a sense of place through plants. As well as…